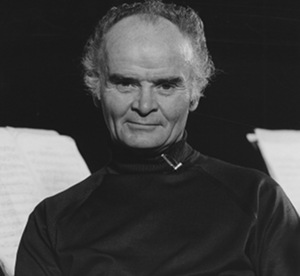 Hugh Maguire, honorary President of IAYO and the founder of the National Youth Orchestra of Ireland and ConCorda, passed away recently aged 86.

Hugh was a violinist of huge talent from an early age, growing up in a musical Dublin family. Such was his potential that he was offered a scholarship to the Royal Academy of Music in London in 1944, making his Wigmore Hall debut three years later. The next period of his life involved a trip to Paris for further study with Georges Enescu and a brief stint with the London Philharmonic Orchestra before becoming leader of the Bournemouth Symphony Orchestra in 1952.

Hugh left the orchestral scene in 1968 to pursue chamber music, forming a piano trio with cellist Jacqueline Du Pré and pianist Fou Ts’ong, as well as leading the Cremona String Quartet (recording Boccherini and Haydn with guitarist Julian Bream), the Allegri String Quartet (recording quartets by leading British composers, and frequently bringing the quartet to play in Ireland), and later the Melos Ensemble. It was during this period of his life that he was in and out of Abbey Road Studios, and he later recalled how he enjoyed hearing his playing on the Beatles’ recording of Hey Jude.

In 1970, Hugh founded the Irish Youth Orchestra (now called the National Youth Orchestra of Ireland) with Olive Smith, and conducted the orchestra for more than 20 years, directing it in a landmark performance of the difficult Rite of Spring by Stravinsky in 1991. In 1994 he founded ConCorda with his wife Tricia, based on the ProCorda training courses in Leiston in Suffolk where he had taught. Although Hugh was known as a mild mannered man, he was not afraid to speak his mind on musical matters, and there were numerous instances of him voicing his concerns and disagreements with various conductors throughout his life. His own musicianship was something special and natural, with music effortlessly flowing out of his violin in it’s own distinctive tone.

Hugh was pre-deceased by his wife, Tricia Catchpole (née Block), who died in February, and is survived by his sister Monty and brothers Elias and Francis, his first wife, the dancer Suzanne Lewis, and their five children, Simon, Caroline, Rachael, Anna, and Philip.