This year has been a year of uncertainties, challenges and learning. In any ‘normal’ summer, IAYO would have held our Orchestral Conducting Workshops, under the baton of Robert Houlihan, in University of Limerick where we would have participants and observers working on a week-long course to develop their conducting skills.

At the beginning of the summer, when the hope of hosting a residential or in-person course had truly dwindled, IAYO and Robert, with feedback from those who had already applied to the course, began to develop a new, online version of the Orchestral Conducting Workshops which would feature as many of the usual classes and teachings as any year, but on Zoom. 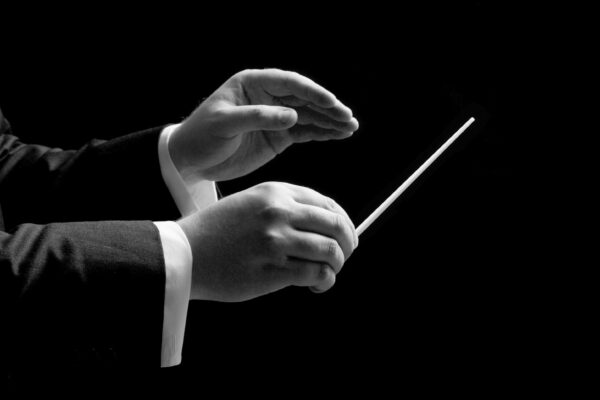 What developed was something that was as close to our usual workshops as could possibly be including a live accompanist in the form of Dearbhla Brosnan who Zoomed in from her home! We extended the course so that it ran over six weeks with the group of participants and observers splitting into two groups in order to get as much one-on-one time with Bobby as possible. And, we couldn’t deny tradition, so a social was held on the very last day, all on Zoom!

Having the course online also meant that there were no travel restrictions in the way and we had people taking part not just from across Ireland but also from France, Spain, Portugal, Italy and Canada!

To explain what it was like, we have asked a number of the participants and Bobby to write a small piece on their feelings on the course. Firstly, we have Maestro Houlihan to tell us how he adapted his course and his feelings now that it is finished:

“It was encouraging to see that 13 of the 22 original Irish and international participants agreed to the course through zoom.

Initially, I felt apprehensive about doing the course through this medium, but after the first two sessions, I felt comfortable with the idea.
Having the course spread out over 6 weeks helped people who were initially shy about demonstrating their skills in silence and by the final lesson, I felt people had become very acquainted with each other. It was interesting to observe them sharing messages, ideas and opinions with each other. It was also encouraging that all participants stuck it out to the end.

On a practical level, it meant being limited to what we could do, however, I felt that I could concentrate more on score study and discussion of same, which I might not have had time do in a normal situation.

Although we couldn’t use our resident one-person orchestra, Dearbhla, in the normal way, I was pleased that she was always present to demonstrate various aspects of my teaching. She is a wonderful asset to have for such a course.”

We also asked a number of the participants how they felt the course went. Firstly, we asked Cormac Ó hAodáin who has previously done the course in University of Limerick:

“I really enjoyed the online conducting course with Bobby. He’s a natural teacher and can communicate easily whether online or in-person. I especially found the technique element to his class very instructive. We were also lucky to have Dearbhla Brosnan on hand, Zooming from her home as our resident pianist and stand-in orchestra!

As I have attended many of Bobby’s face-to-face classes over the past number of years, I was unsure how the class would migrate from in-person to online. However, I was really surprised how well the project developed over the weeks and I would love to attend any online classes with Bobby in the future. The one thing I did miss is the famous roast lamb cooked by Bobby’s wife Nancy to celebrate the end of the course!”

One of our international participants, Kristine Dizon, Zoomed in from the Canary Islands and since the course finished, has continued with online conducting lessons with Bobby:

“IAYO has done a phenomenal job adapting the course to an online format. The talents of Maestro Houlihan and not only as a musician but also as a true pedagogue in addressing each individual’s weaknesses and building on their strengths.

Maestro Houlihan was able to facilitate such a positive and kind learning environment that ranged from those who were curious about the profession to seasoned professional musicians to refine their craft. I would highly recommend the course.”

Lisa Coveney, previously an observer on the course, took part as a participant this year:

“Summer 2020 will stand out in our lifetime for the positive and negative connotations it conjures up, but for the privileged few who were lucky enough to secure a place on the conducting course run by Robert Houlihan and his wonderful team, it was a golden opportunity made even more special due to the circumstances its delivery overcame.

Bravo to the IAYO for being one of the first organisations to dare to adapt to an increasingly restrictive environment and to everyone who was involved in overcoming all obstacles of this new ground to produce a wonderful conducting course complete with all aspects of learning, from leading imaginary orchestras through beautiful and varied pieces to learning techniques supported by video and to personalised feedback and communal observations. In many ways this course was the highlight of my week and being quite shy in performance situations, learning online this Summer with Robert Houlihan created a virtual environment that offered a ‘cushion’ which allowed me to be more confident.

There was no detail lost in doing this course online, except for the ones in my own background which I managed to keep out of frame! Thank you to everyone involved and thank you Maestro.”