The Esker Festival Orchestra will rehearse, perform and record a beautiful programme of music for streaming this September. The reduced ensemble (adhering to all Covid-19 regulations) will be made up of previous soloists, tutors and past members of the orchestra.

The Esker Festival Orchestra is Ireland’s most exciting and established peer-led orchestra and will return for a very special, streamed performance which will be premiered online on Sunday, 6 September at 6pm.

Leading up to this event, there will be a live online Question and Answers session on Thursday, 27 August at 6.30pm, with the conductor and members of the ensemble.

The chamber orchestra will be conducted by Peter Joyce (University of Music and Performing Arts in Vienna and Esker Festival Orchestra Founder and Director) and the beautiful 2020 programme will feature Gustav Mahler’s Songs of a Wayfarer, Six Pieces for Orchestra, Op. 6 by Anton Webern and, from Johann Sebastian Bach, the Cantata ‘Ich habe genug’ BWV 82. During the Bach Cantata, there will be two newly composed interludes by Christopher Moriarty and Peter Joyce. 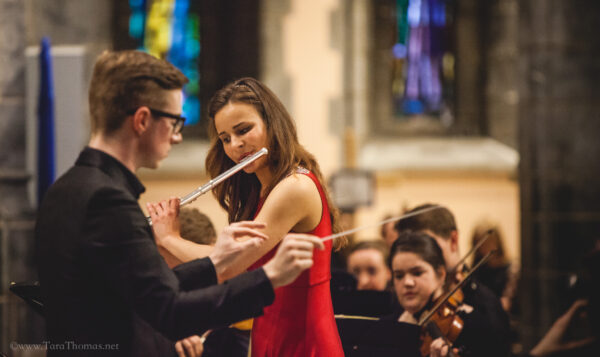 With the reduced size of the orchestra, Peter had the challenge of putting together a performance programme that would be suitable for chamber orchestra and historically accurate:

“The giant orchestras we are used to today are a relatively new phenomenon, and it has been fascinating to research the historical precursors of today’s limitations and to build a programme that can work with a smaller ensemble. On the one hand, in Bach’s time orchestras were rarely larger than 20 musicians, and in the early 20th century, as with the Mahler and Webern there was a movement of arranging works for large orchestras so that they could be performed by smaller ensembles. In some ways this allows us to connect more directly with the music and opens up new horizons for interpretation.”

The ensemble will bring together some of Ireland’s highest calibre emerging young professional musicians and the 2020 configuration will feature previous soloists, tutors and former members of the Esker Festival Orchestra such as Carolyn Holt as soloist (Mezzo Soprano), Miriam Kaczor (Flute) and a strong contingent from Cork including Hugh Murray (Violin), Yseult Cooper Stockdale (Cello), Ellen Jansson (Piano) and Alex Petcu (Percussion).

Music and musicians have continued to play an important role in Irish life during the Covid-19 pandemic, with many people regularly tuning into online performances as a source of comfort and hope. The orchestra is delighted to offer this special performance which will be streamed online on Sunday, 6 September at 6pm. The performance will be available on the Esker Festival Orchestra website, Facebook, and YouTube. 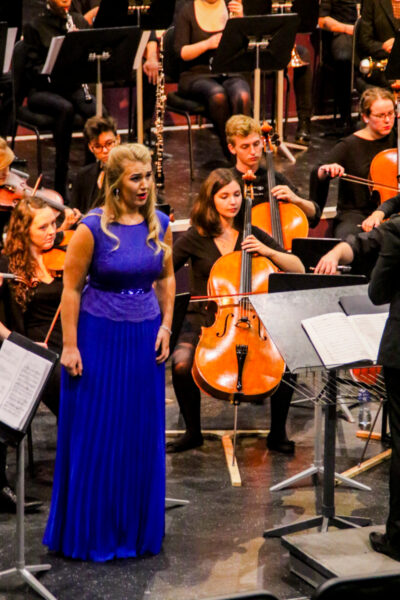 Carolyn Holt performing with the Esker Festival Orchestras as soloist in 2017.

In the lead-up to the event on Thursday, 27 August at 6.30pm, there will be a live Question & Answers session on the Esker Festival Orchestra Facebook page with Peter Joyce and the members of the ensemble. The session will focus on the transition from student to professional musician and feature information about the pieces and the rehearsal process. You can submit any questions you would like to ask either by private message on social media or email them to eskerfestivalorchestra@gmail.com.

Peter Joyce is delighted at the prospect of getting to perform with the orchestra again:

“It will be such a great pleasure to be able to perform in person again, albeit appropriately distanced, with so many great friends and colleagues who have played not only important roles throughout the Esker Festival Orchestra’s history but also through my own personal journey.”

The Esker Festival Orchestra was set up in 2014 to provide a high quality, beneficial and meaningful musical opportunity for young emerging musicians from all across Ireland and for the first time to have an orchestra of this quality and scope based in Galway. The orchestra was set up to fill the musical and social void that currently exists in Ireland by allowing young musicians from across the country to perform together, socialise together and to build relationships that will be essential during their personal and professional lives. It promotes and develops orchestral music in Ireland by nurturing the talents of its emerging musicians with as little financial burden as possible on the musicians themselves. Finally, it is unique in that it is entirely led and run by its members for its members, allowing those taking part to gather invaluable first-hand experience in the world of orchestral music.

The Esker Festival Orchestra is supported by the Irish Association of Youth Orchestras, The Arts Council, RTÉ Supporting the Arts, Cork City Council and CIT Cork School of Music.

Full details of the performance can be found at www.eskerfestivalorchestra.com.