For the Cause of Classical Music – A Review of Olive Smith – A Musical Visionary was written by Dr Hazel Farrell and first featured in the Journal of Music on 14 August 2019.

A new biography of Olive Smith, written by her daughter, the musician Gillian Smith, provides an insight into the progressive changes in classical music in Ireland in the twentieth century, writes Hazel Farrell for the Journal of Music.

Gillian Smith has written this biography as a tribute to the life-work of her mother, Olive Smith, in the context of her contribution to music in Ireland in the second half of the twentieth century. There is a strong focus on the work of the Music Association of Ireland (MAI), particularly in relation to Olive’s voluntary role in the running and development of the organisation. The author makes clear that the history of the MAI ‘forms the central core’ of the book, Olive Smith – A Musical Visionary. However, the highlight of Olive’s career is presented as the establishment of the Irish Youth Orchestra in 1970, a legacy entirely worthy of celebration.

Olive Smith is portrayed as a precocious and gifted individual with a profound love of music. Her association with Trinity College Dublin is established through her award of both MA and BComm degrees, her subsequent appointment as Assistant to the Registrar at the college in 1931, and later the award of an honorary doctorate in 1978 for her services to music. Her work at TCD provided a strong foundation for her life journey, while her ‘innate organisational ability’ and leadership skills are recognised as coming to the fore in her involvement with the Irish Girl Guide movement from 1920 until the mid-1940s.

In addition to her academic pursuits, Smith’s immersion in the music community of Dublin is also revealed in the book. She was a member of the Dublin Philharmonic Society and the Dublin Oratorio Society, while also studying piano and organ with Turner Huggard. She later had some success in choral conducting with several choirs including the Culwick Choral Society and her own choir, The Olivian Singers. 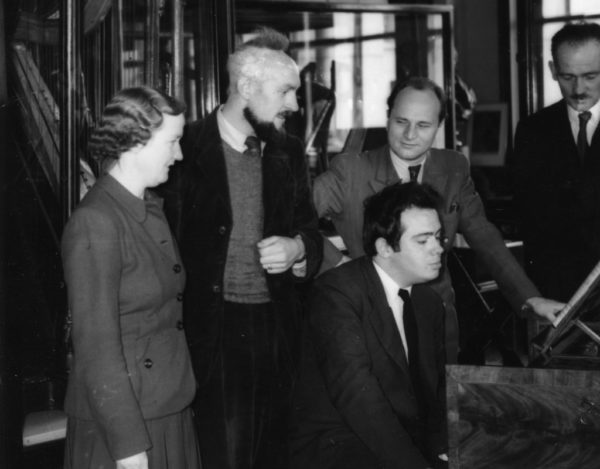 Out of obscurity
The details of Smith’s involvement in the MAI, from its formation in 1948 until her gradual withdrawal almost 30 years later, reveal an image of a motivated and innovative thinker, while also forming an insightful narrative into the state of musical life in Ireland during this progressive period. The author expresses her determination that the ‘extraordinary work done in the cause of classical music in Ireland during the period from 1948 to 1978 – the first thirty years of the Music Association of Ireland – should not remain in obscurity’.

The inclusion of excerpts from Olive Smith’s notes from the meetings of the MAI and the records of correspondences to and from the organisation not only constitute a valuable historical resource but also illustrate her diplomacy skills. For example, in the situation regarding Michael Mc Mullins’ assertion that the MAI no longer existed just a year after its formation and that committee members including Smith had resigned – an opinion he formed due to poor attendance at the previous Council meetings – she swiftly disavowed him of these notions. There was also the challenging interactions with Dame Ruth Railton of the National Youth Orchestra of Great Britain and the ‘diplomatic incident’ involving the playing of the British national anthem rather than the Irish one, and the countless exchanges with government officials and potential investors in the campaign for the National Concert Hall.

Olive Smith’s commitment to fulfilling the objectives of the MAI is evident in the multitude of successful musical ventures documented in this book. These include the organisation of the Country Tours concerts as a means of promoting music in rural areas, the organisation of the Coming Out Recitals which helped to launch the careers of many performers such as Bernadette Greevy, John O’Conor, and Peter Sweeney (Appendix IV contains a full list of performers from 1957 to 1984), and the establishment of the Schools’ Recital Scheme in an effort to bring classical music into the classrooms.

Campaigns and orchestras
The author’s account of the complexity and inherent frustration of the lengthy campaign for a National Concert Hall from 1951 to 1974, and the role Olive Smith played in this, is quite revealing regarding the position of the arts in Ireland in the context of government priorities. In 1954, Minister for Finance Seán MacEntee wrote to Smith explaining how the ‘very numerous and varied demands upon our country’s resources’ prevented him or any other future Government from committing to funding the NCH. It also serves to highlight the dedication and tenacity of Smith and her comrades. Her response to two anonymous contributors to the Irish Times who criticised the fundraising efforts of the campaigners exemplifies her witty character as she suggests they might like to visit their headquarters where she would ‘welcome the help they seemed so anxious to give.’

Her vision of establishing a national youth orchestra in Ireland ‘was the realisation of a dream and an ambition nurtured ever since the visit of the NYOGB in 1958.’ She recognised the potential for young musicians to advance their skills in the focused environment of residential courses and subsequent performances. In what is described as Smith’s ‘most brilliant idea’, Hugh Maguire was asked to direct the orchestra as ‘his orchestral experience and knowledge of the repertoire was enormous’, having led the Bournemouth Symphony, London Symphony, and BBC Symphony Orchestras.

The author’s insight into the early years and subsequent growth of the Irish Youth Orchestra is complemented by contributions from past members who recall their own experiences of the courses. For Joan Mooney (leader 1970–73) the IYO experience confirmed for her that she wanted to become a professional musician. Flautist Madeleine Berkeley tells how the training opened up ‘the orchestral world in such an exciting way’, while cellist Justin Pearson describes the experience as ‘life-changing’ and remarks that he still thinks ‘of what Hugh taught us when I play.’

Pivotal time for music
Smith is presented as a formidable female figure who was a driving force behind the establishment of a vibrant classical music scene in Ireland in the second half of the twentieth century. Her campaign alongside familiar giants of Irish musical life such as Brian Boydell, Edgar Deale, Frederick May and many more is deserving of recognition and indeed celebration.

As a daughter of Smith, the author and musician Gillian Smith delivers far more than an affectionate biography of her mother. This is a significant historical survey of music in Ireland at a pivotal time in its development. The youthful recollections of the author serve to complement the research underpinning this book, while the photographs and images lure the reader further into the narrative. Her father’s sketch of the horse-box designed to transport the Mayer piano, and the realisation of this creative endeavour in the photo of Lady Mayer stepping into the horse-box at the presentation ceremony, is particularly poignant. This is an enjoyable and informative read that provides a unique insight into the colourful characters of Irish music history while also revealing the substantial contribution of an exceptional musical visionary – Olive Smith.

Olive Smith – A Musical Visionary is published by Somerville Press. It is available from bookshops countrywide, from the Music Box shop at the National Concert Hall in Dublin, and from the publishers at
028-32873 or visit somervillepress.com.

This article was originally published by the Journal of Music on 14 August 2019 and can be found at journalofmusic.com.

Dr Hazel Farrell is the programme leader of the BA (Hons) Music course in Waterford Institute of Technology. 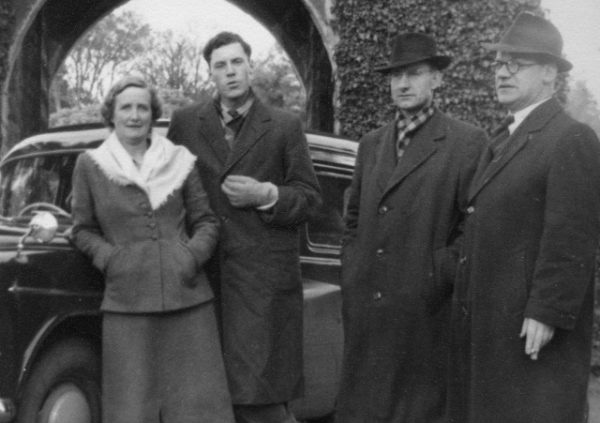 Olive Smith and the New London String Quartet (Erich Gruenberg, Lionel Bentley and Douglas Cameron) at Ashford Castle in Cong, County Mayo, while on an Irish tour in October 1954.