The World Music Festival was held in Innsbruck, Austria from 30 May to 2 June where 387 ensembles and orchestras competed to be crowned the best in the world. IAYO associate members, Accora Orchestra, who are based in Mullagh, County Cavan and have musicians from Cavan, Meath, Kildare, and Dublin, won a magnificent two 1st prizes. The Accora Youth Orchestra, led by musical director Yvonne Chilton, scooped the top prize in the Akkordeon-Orchester Schuler Elementarstufe (Accordion Orchestra Kids Elementary Level), while the Accora Senior Orchestra led by, John Chilton, was awarded 1st in the Akkordeon-Ensemble mit Dirigent erwachsene Oberstufe (Accordion Ensemble with Conductor Adults Advanced Level). 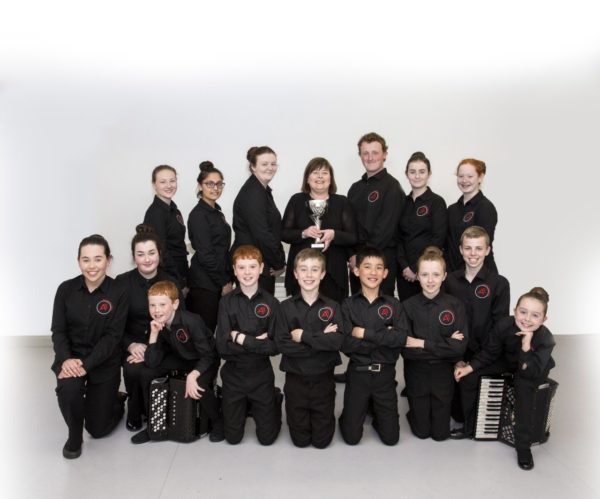 The Accora Youth Orchestra, ranging in age from 9 – 19 years, performed four movements of Suite Contraire by Hermann Illenberger without sheet music. The jury complimented their musical director Yvonne Chilton on tutoring these young children to such a high standard and was blown away by the way they followed her direction to such perfection. The senior orchestra performed Variations on an Original Theme by Eddie Harris and arranged by their musical director John Chilton. The jury was again very complimentary of the standard and in particular John Chilton’s arrangement of this very well-known piece and the way it was executed to perfection.

We would like to extend our heartfelt congratulations to everyone involved in the Accora Orchestra on their wonderful achievements!

You can find out more about the Accora Orchestras here.