Eurochestries International Festivals offers young musicians, from 15 to 25 years old from different countries, the opportunity to meet and play together in many countries across the world. During these festivals, the orchestras, choirs or chamber music ensembles perform in concert with their own repertoire while also participating international orchestras created with every attending musician. These international orchestras rehearse every morning during the festival for the closing concert and give each young musician the opportunity to work with various conductors and musicians from other countries. 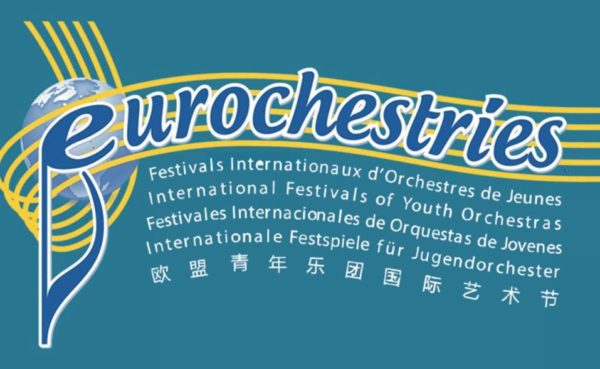 Several Eurochestries festivals will be organized in 2019:

There are also a number of festivals that Eurochestries work in partnership with:

– Brazil (Gramado): From February 1st to the 9th – Open to symphony or string orchestras, chamber music ensembles, and individual musicians.
– Russia (Syzran) Festival “the silver trumpets of the Volga river”: From August 12th to the 18th (possibility for an extended stay in Moscow) – Open to the wind orchestras, choirs, and other groups.
– Canada (Quebec): August. Possibility to organize a tour.

Orchestras attending to travel must pay their travel costs (flights and buses) and the festival takes care of accommodation and meals.

While we are unaware of any Irish groups having previously travelled to one of these festivals, we have heard many good things internationally about them.

For further information on Eurochestries or to apply for any of the festivals, please see their website.